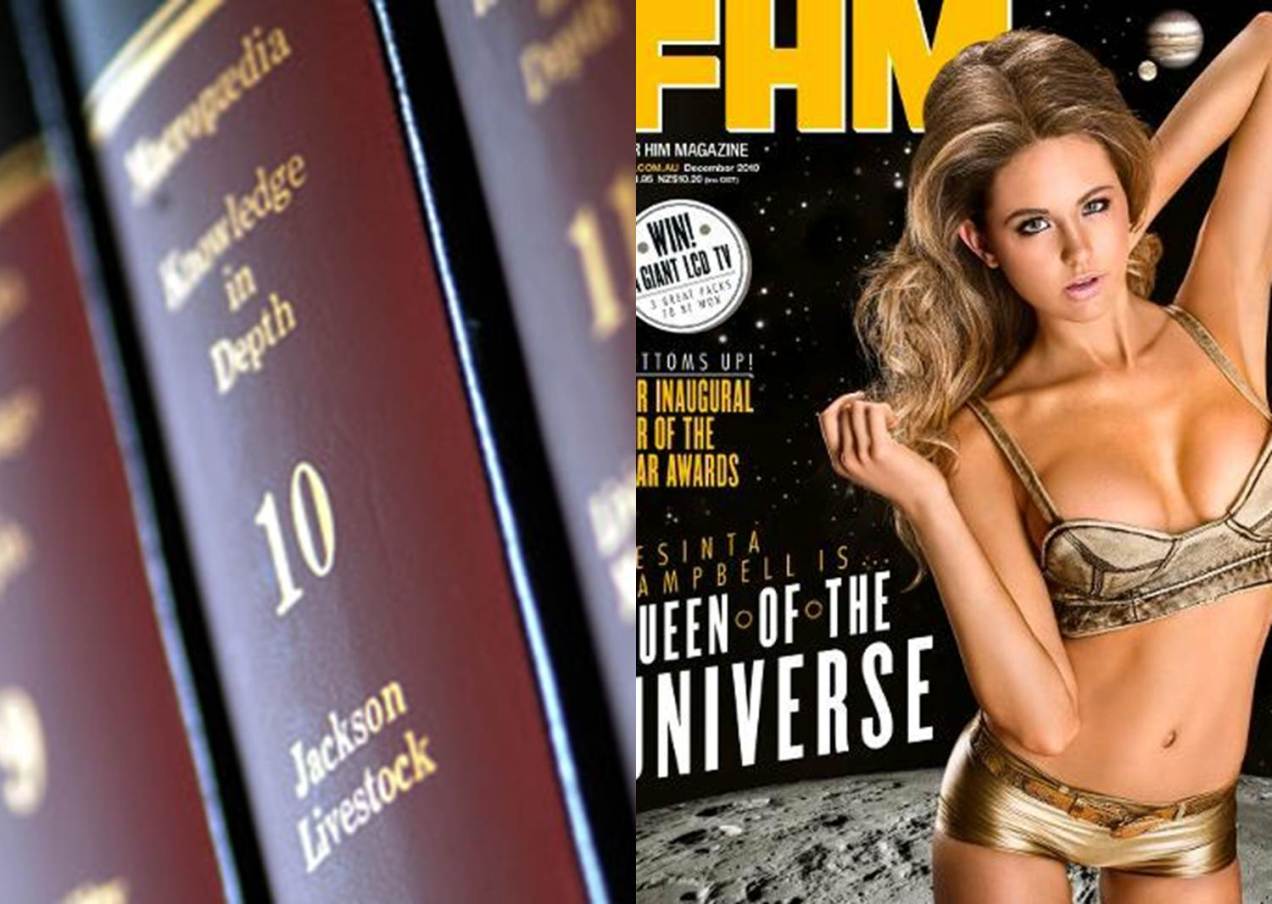 news reached mediation last week of two very different publications that are set to cease print publication. at first there may seen to be little in common between the 244 year-old Encyclopedia Britannica and FHM – but they are both, in their very different ways, equal victims of media natural selection.

if we have ever needed evidence of the extent of the change that is afoot in our industry, it comes in the form of the fates of these two very different titles, both of which are victims of the impact of the social web.

the fact is that wikinomics killed the print edition of EB. Wikipedia is the primary symptom, but the cause is a great deal deeper.  EB print’s demise is a result of the fact that all of us are smarter than any of us, and now we have the tools to manifest that collective knowledge.

talking to The Guardian, president of Encyclopedia Britannica Inc Jorge Cauz counters that “We may not be as big as Wikipedia. but we have a scholarly voice, an editorial process, and fact-based, well-written articles … all of these things we believe are very, very important, and provide an alternative that we want to offer to as many people as possible”.  like many businesses, EB are looking to fight ‘free’, and win.

in the magazine sector’s case this is translating into very challenging times. the latest SMI figures (courtesy of Lucy) show that across all media, February ’12 was pretty much flat YOY (+0.7%). whilst key growth areas for Feb were Cinema – up an astonishing 83% YOY (YTD it’s up 32%) – and Digital, which is up 29%. by comparison Newspapers and Mags are down 12% and 15% respectively.

in the we-fuelled revolution (the wevolution if you like) brands and businesses that don’t quickly evolve are being taken down… in the same week that EB and FHM made their respective announcements; Twitter acquired Posterous, CNN was rumoured to be buying Mashable for upwards of US$200m, TED launched a education-based YouTube channel, LinkedIn hit 3m Australian members, The Australian announced that it has 30k paying digital subscribers and Hungry Jacks sold 485,332 burgers in a Scoopon deal that crashed the site, oh and a video called Kony 2012 became – with 100 million (yes that’s right) hits in six days, the most viral in history.

here’s the question: how is the wevolution affecting your brand and business? how prepared are you for the change that you may not yet have even seen coming? and how do you avoid the fate of EB and FHM?

2 thoughts on “Another two bite the dust: Two very different victims of media wevolution as Encyclopedia Britannica and FHM Australia go down”