lots of fun on the PHDcast last week as Stew and Nic and I were joined by some awesome people from PHD Australia’s team digital. Peter Hunter and Lauren Oldham joined us to talk everything from programmatic buying to Gillette’s YouTubey Man Of Steel activation.

first up, programmatic buying. B&T quotes eMarketer who suggest that: “more than a quarter of all display-ad spending in the U.S. will occur via real-time auctions by 2016. Spending is predicted to increase from US$1.9bn in 2012 to more than US$7bn to make up 28% of total display-ad buying by the end of that year.”

great debate from the team, the main upshot of which was that programmatic buying will soon be how we predominantly buy ‘traditional’ online, with content moving even further up the online food chain, becoming of fundamental importance as online real-estate for brands.

a key implication is that it allows the conversations we have with our media owner partners to move on and focus on what, arguably, is the core point of those relationships – ideas, collaboration and creative use of media.

the other main implication is for those big traditional (broadcast) media owners who, as they mediate the future of their own media platforms, will see PB encroach on how they trade with agencies. whilst some broadcasters are already experimenting with DSP technology, its something that is unlikely to happen overnight. inertia aside, I genuinely believe that as revenues fragment across different channels, making PB work will become a strategic imperative, rather than an interesting inconvenience to broadcasters.

also this week, Gillette are exploring how exactly Superman shaves? a great activation on the brands’ YouTube channel has geeky celebrities proposing how they think the Man Of Steel shaves. awesome activation – will be even more so if the team involved find a way to amplify the content into broadcast. 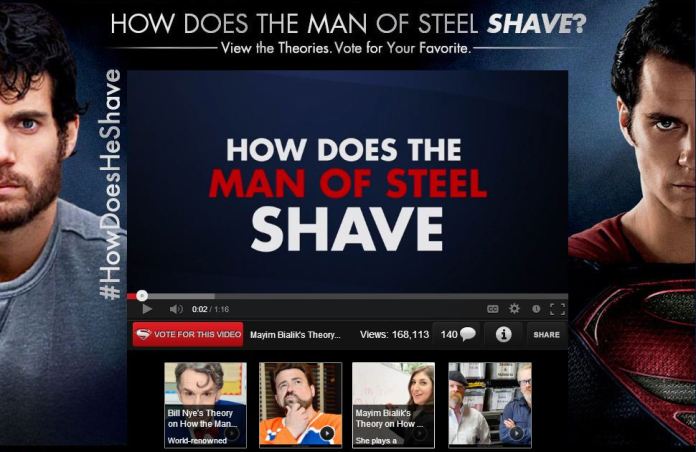 also this week an awesome app from the Australian Bureau of Statistics that allows you to use their data to explore the opinions and attitudes of people in your (or any) suburb and town across the nation.

oh, and that US$1.1bn purchase by Yahoo! of Tumblr. The Hunter observes that, when looked at from a data perspective, Yahoo! have essentially paid $4 each for the records of 300,000,000 active users – which makes it quite the bargain. whether it’s enough for the somewhat ailing Yahoo! remains to be seen.