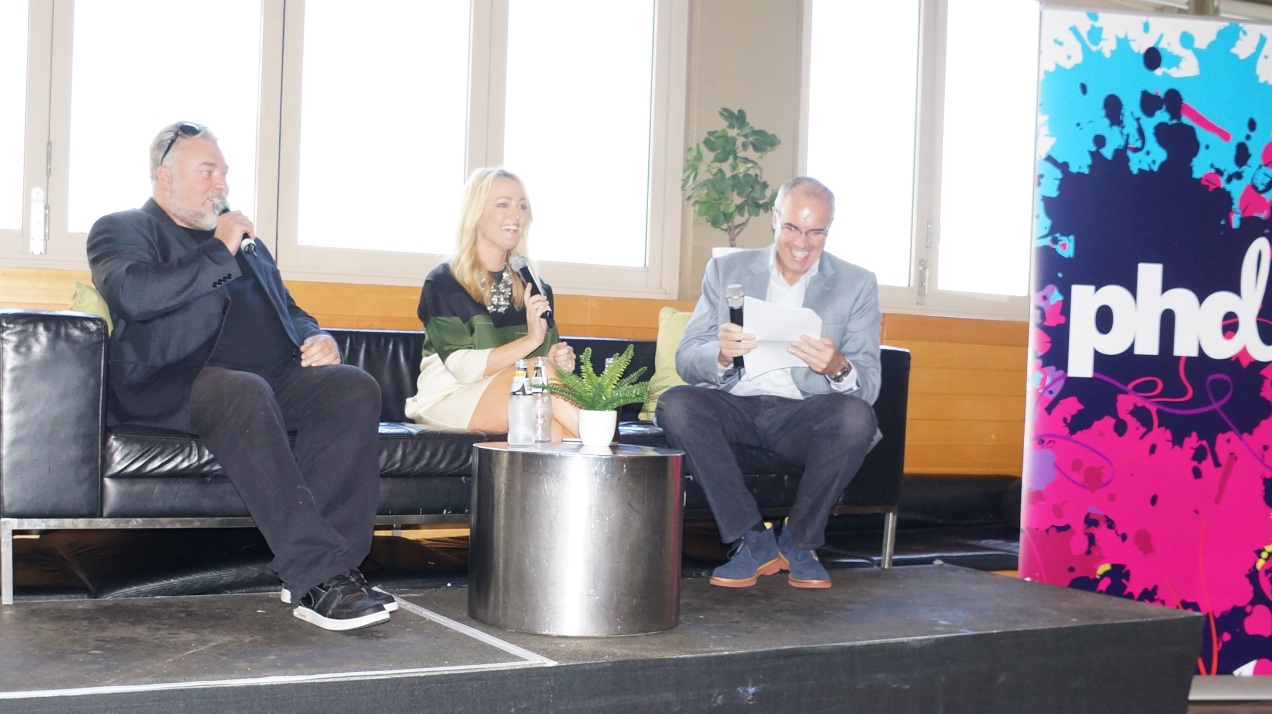 so today PHD Australia – as part of our Conversations series – was lucky enough to host a session in which Kyle and Jackie O shared some of their experiences of radio and broadcasting with the agency and some of our awesome clients. it struck me that Kyle and Jackie O were talking about exactly the same thing that Bethany Mota was talking about in a Google Brandcast event for YouTube only a few weeks ago. Transparancy.

both Kyle and Bethany answered a question on what sat behind their success with that same answer – you have to be yourself.

in Bethany’s case she was asked about what enabled her to move so seamlessly between categories … its a marketer’s question clearly, but what struck me was the almost dismissiveness of the answer – there was a sense that it didn’t matter, it was irrelevant what Bethany was up to or talking about … because it was always her doing it. her authenticity is what enabled her to move between fashion, dancing, cooking and now pop-stardom so effortlessly.

I was reminded of that comment today as Kyle was riffing on his relationship with Jackie O, audiences and brands … in all those instances he observed that you have to be – and stay – transparent.

On their on-air relationship and how it translates into audiences, Jackie observed that “people can see through when its forced … people want real chemistry” – it was that authentic chemistry that she said was behind her and Kyle friendship off-air and partnership on air. as Kyle put it: “for years people on TV and radio have been a false version of themselves”.

the same is true of their approach to, and relationship with, brands. Jackie acknowledged that “in this day and age you can’t do contests without client integration” but observed that some of their most memorable content had been through working with brands to create something engaging and compelling for the listener. what something engaging and compelling isn’t are on-air reads – which Kyle hated because he often didn’t know what he was even selling.

its commonality between these two very different media personalities that’s interesting – the established radio duo as entrenched in the paradigms and conventions of traditional media as you get, and the YouTube internet influencer rewriting the rules of what celebrity is. both are stories of authenticity and transparency … and perhaps most of all of being – in Kyle’s words – a true version of yourself.

as advice for brands and communications strategies go – you could do a lot worse.

big thanks to Kyle, Jackie, all the guys at ARN for today, and  Google for the event a few weeks back – and especially to Bethany for putting up with a very excited Chris Stephenson … 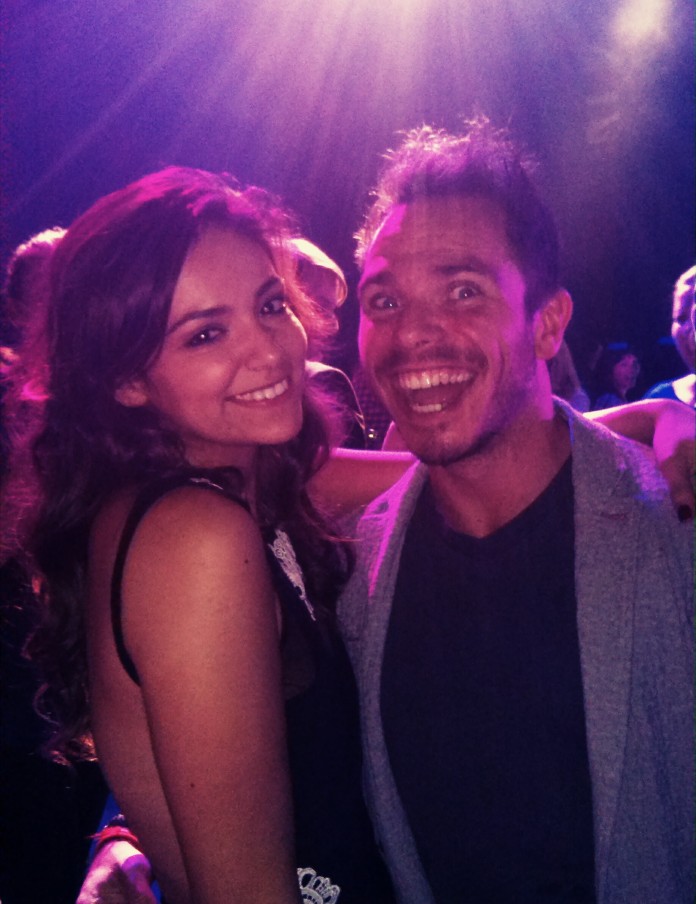 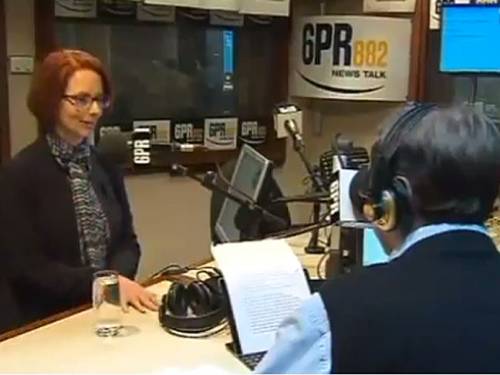 on Thursday Howard Sattler, a radio presented on 6PR radio in Perth, asked the Prime Minister of Australia if her partner was gay. on Friday afternoon he was sacked by Fairfax. the question is not whether Sattler should have been sacked, rather it’s why Fairfax took almost 24 hours to do it.

the interview really does beggar belief. that the presenter of a radio station can think it appropriate to put to a serving prime minister that their partner ‘must be’ gay as he is a hairdresser, would be beyond conceivable had it not already happened.

the incident landed in the same week that reports and comments in both the UK and Australia Guardian that raise I think broader questions about the evolving role of the media in politics. in the UK an article by Steve Richards on the pessimism he is observing in politicians across the political spectrum prompted CiF contributor ratherbered to comment:

“… I blame the modern media and the way that this influences what people believe. The media more and more have a short term focus and simplistic dumbed down approach to presenting the issues we face. Small wonder that the politicians appear to be clueless when the questions they are asked change every hour and smart interviewers are constantly trying to trip them up and exploit a gaffe.”

I rather think that ratherbered has a point. a commented on an Aussie article in the wake of the Sattler interview attributed the whole incident to the ‘death throes’ of the traditional media.

modern society has from very early on relied on the broadcast media to report the activities of our politicians, provide a forum for debate, and hold their actions to account. from the earliest print titles to today’s cable channels, media has danced a dance with politicians – frenemies that played with each other for mutual benefit, but always wary of their respective influence on each other.

it is in that context that the ‘traditional’ (I use that word with care) media is now conducting a whole new negotiation – a negotiation in which this blog aims to mediate. it is the negotiation for what their future looks like. that negotiation is tricky. it involves lower margins, more diverse revenue streams, less resource, the requirement for more content creation and an increasingly fraught battle for human attention.

the potential problem is that the last of these is measured and largely remunerated based on volume of people reached – viewers, readership, subscribers, pageviews … at that means that, with less human and financial resource, the traditional media are in an arms race for impacts.

I think you can see where I’m going.

at what point does the financial and business pressure for viewers / listeners / readers begin to compromise the forum in which our politics is debated? where is the line in sand that defines and describes the places we need for our politicians’ policies and actions to be discussed and assessed? what if there isn’t one.

the Sattler interview could represent one bad call. or it could represent a crisis in the level of available resource and therefore capability of a modern and transforming commercial media to credibly and reliably be the forum for our political representatives that we need.

I hope that its the former. I’m not sure there is, as yet, a plan B.